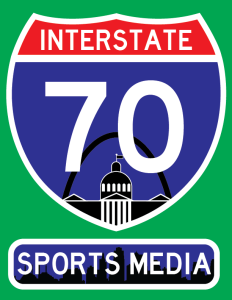 From St. Louis to Kansas City… and everything in between!

It was 1979, and St. Louis was awarded a franchise from the now-defunct Major Indoor Soccer League (MISL).

That team was known as the St. Louis Steamers, one of the most popular sports teams in St. Louis during the 1980’s. And while the team, nor the league, exists anymore, the legacy lives on almost 30 years later.

On Friday, February 26th, the St. Louis Ambush will face off against the San Diego Sockers at The Family Arena.

It will be a special match-up, as it was announced as “Retro Night” in which both teams will wear their throwback jerseys… or in the case of the Ambush, they will be representing the old St. Louis Steamers. And as that game nears, it’s time we take a look back at the Steamers and what made them so popular for many years during, and after, their existence.

Soccer has long been a popular sport in St. Louis, even if the teams’ tenures have been short.

Public interest only went up as in their second season, baseball great and St. Louis icon Stan Musial joined the Steamers’ ownership group. And in their second season, the team also made the playoffs with a record of 25-15, won the Central Division, and made it to the MISL Finals, falling short against New York. They repeated as Central Division Champions the following season with a record of 28-16, but once again falling to New York in the MISL Finals.

The Steamers went five straight seasons without a losing record, and were perennial playoff contenders, although they never won an MISL Championship. However, the team struggled during their last two seasons. The Steamers last game was played on April 15, 1988, in front of a crowd of 4,839 fans in The Arena.

Despite it being over 30 years since the team (and the league) folded, the original Steamers are fondly remembered in St. Louis.

And “Retro Night” on February 26th will be just another prime example of it.

Interstate 70 Sports Media is a media company based in Missouri. With branches in St. Louis and Kansas City, we strive to cover the local sports teams as well as the big leagues.